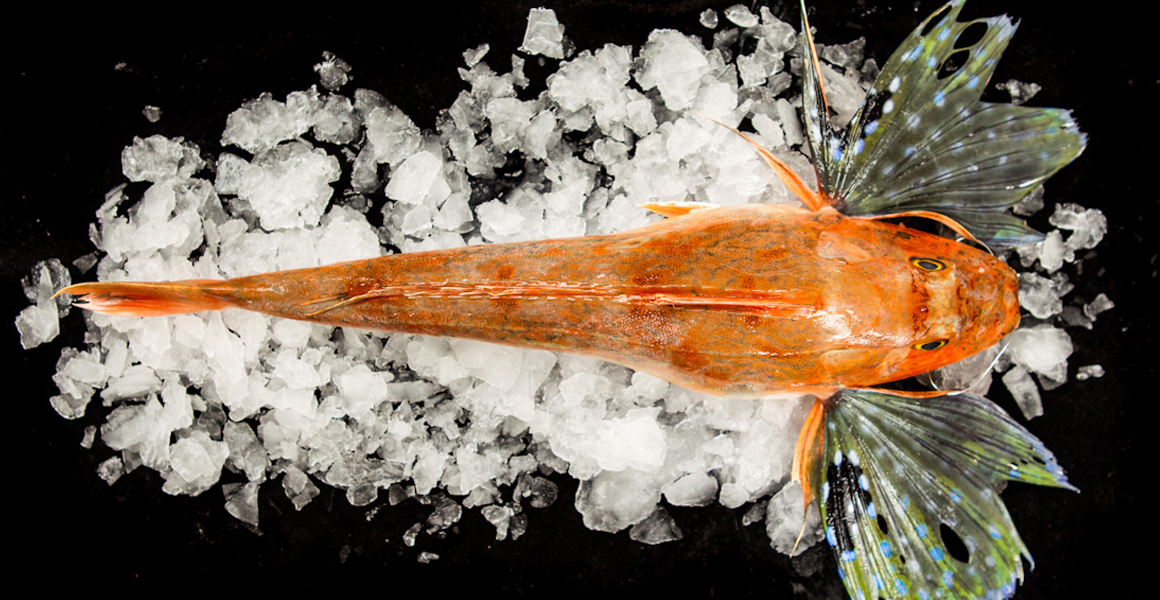 Trash or treasure: A profile of underused seafood

With fast food at the forefront, John Susman explains how the humble fish ‘n’ chips can not only be the ultimate quick and simple feast, but it offers an opportunity to use seasonal and underused species too.

Forget all that media ‘fast food’ brouhaha about sliders and fried chicken, how Mexican street food is the ‘next big thing’ or how evil McDonald’s is. With millions of portions sold last year, the humble fish ‘n’ chips is still – 150 years on from its birth – Australia’s favourite fast food.

Moreover, while its popular image may be one of greasy, old-fashioned stolidity, the Aussie fish ‘n’ chip shop has, in fact, never been more energetic.

Patronising TV chefs may occasionally swan by to show everyone how it’s done, or not, but at a grassroots level the Aussie fish ‘n’ chip shop is already modernising, already fighting its corner.

Fish ‘n’ chips is enjoying a renaissance of popularity, as simple food makes its revival.
While fish ‘n’ chips will never be health food, its principal stock, in its classic form, is simply a piece of fish, deep fried in batter. This simplicity is an opportunity for us all to put the most sustainable fish of them all – the underutilised species – on the menu.

With substantial catch reductions looming for flathead, ling, snapper and several other popular species, you might think that buying sustainable, local seafood would be more challenging than ever. However, there are many other healthy fish populations in Australia’s waters, and with a little creativity, they could become staples of your seafood repertoire.

But that doesn’t mean the unpronounceable and unrecognisable fish aren’t worth your attention.

What is left of the battered inshore and offshore flathead and snapper fleets of the south-east of Australia in particular have been forced to turn to the fishing of more abundant, less profitable species such as duck bill, gurnard and warehou, in order to stay afloat.

Whilst the question of why Australia should house over 50 per cent of the world’s marine parks (the no-go commercial fishing zones) when we are less than two per cent of global seafood production is a social and political debate I am not going to enter into here; the question is how to make the most of what we have in abundance.

Clearly, it is a function of getting amongst the under-utilised species – in other parts of the world these fish are often referred to as by-catch and there are several famous chefs undertaking crusades. Even though Hugh Fearnley-Whittingstall’s hugely promoted “Fish Fight” campaign is irrelevant to the local scene here in Australia and could be regarded as jingoistic, the principle is about maximisation of under-utilised catches of wild fish.

Unfortunately, under-utilised species are not what locals are used to eating. Our tastes haven’t changed accordingly with the local fishing climate, and we face an imbalance as we continue to consume what is simply no longer available on a local, sustainable level.

I had my first stint with the untouchables – elephant fish, skate and whole gurnard – when I was in seafood distribution over 15 years ago. One of the guys I worked with found a market for elephant fish fillets to places like the UK where their white flaky meat was consumed by the masses as a great value alternative to local cod.

I realise that it was a challenge to maintain this export as the Australian dollar began to rise, but I remain perplexed that rather than establishing itself in the domestic trade, elephant fish never got a run against the more popular Mekong Delta catfish, South African hake and New Zealand hoki as the staple for batter and frying.

Thus, it seems quite a conundrum that Mekong Delta catfish has been a hit in Australia but for some reason eating ‘dogs of the sea’ hasn’t caught on.

In discussing this issue with chefs, it seems that putting weird names on the menu is fraught with danger. Who will order them?

What is in a name, anyway? William Shakespeare said that a rose by any other name would smell as sweet. Not true when it comes to selling underused and undervalued species such as duck bill, luderick or morwong for human consumption.

I have found that referring to morwong, a member of the bream family, as “local sea bream” to high-end customers has increased likeability and created an outlet for sales where there previously was none. The best part is that chefs are pleased with this “new” discovery; they want more bream.

You can understand why chefs love local bream when the alternative for their whole-fish plate preparation is most likely a farmed piece of baby barramundi, another slightly mutated version of the bream species.

Much of the baby barramundi is shipped in from freshwater farms in Asia, by airfreight. It can take a long while – maybe up to two weeks – before it is eaten by some poor, undeserving individual who happens to be dining on Australian soil.

If you haven’t ever eaten freshwater farmed baby barramundi, I would describe it most accurately as tasting somewhat akin to the metallic soapy water that is found in the bottom of your dishwater after its cycle.

When we speak about local, underused species, it’s important to consider the story of the flathead. Up until the 1990s, flathead was considered a junk fish: useless garbage of the sea. Flathead isn’t exactly the Nicole Kidman of fish species, and its lazy way of luring in prey by hiding in the sand wasn’t helping its cause either.

When Greg Doyle, one of the first ever celebrity chefs of our time, started experimenting with the flathead, it went from horrifying to popular. Flathead fillets are now being sold on a wholesale level sometimes for over $40kg.

So the question becomes one of being confident about promoting a dish. Whatever the fish, menu language is key to this opportunity and whilst not wanting to create total confusion, sometimes less is more when it comes to menu descriptors.

Surely a charcoal-grilled fish taco, Malaysian fish curry or even the ubiquitous fish ‘n’ chips – when made with fresh, sustainable, local fish – will deliver a culinary, commercial and environmental result that is not only right but bloody delicious to boot; even if the species is not nominated.

If you are dinkum about sustainability, then consider under-utilised fish and stand up to your responsibility to support the local fishing industry, giving it a chance to be sustainable.

The Lost Art of Sashimi