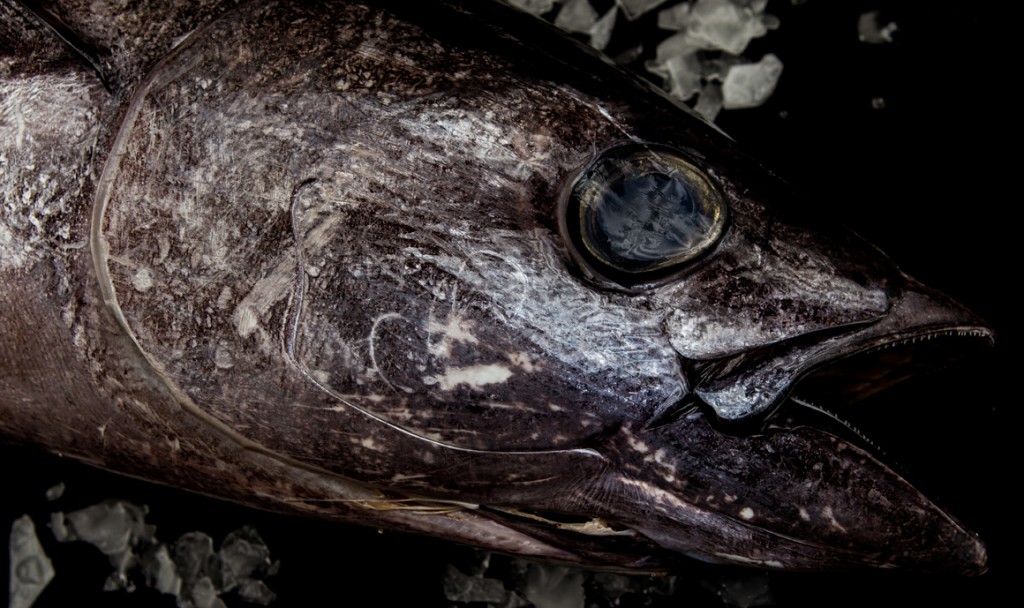 Chicken of the Sea – the new White!

It’s appropriate that in this Foodservice edition dedicated to all things feathered, we should discuss one of the most under-rated fish, which often goes by the quirky nickname “chicken of the sea”.

Silver-blue and shaped like a miniature torpedo, the albacore tuna is one of nature’s great migrants. Fast and tough, it spends life on a constant journey, covering thousands of kilometers each year to gorge on anchovy, squid, and small crustaceans that inhabit the upper and outer reaches of our planet’s fragile and unimaginably vast oceans.

Most albacore measure only half a metre to a metre in length, and weigh around 15 kilograms. But at the peak of their 10-year existence, they can tip the scales at twice that.

Like other tunas, they are built for speed – it’s not uncommon for them to reach speeds of up to 50 kilometers an hour.

For me though, the real attraction of the Albacore is it’s delicious, pale, meaty flesh that at it’s best is both sweet, clean and delicate – a far cry you might think from the autoclaved can of preserved fish it has become famous for (think Ortiz, Cuca and other premium preserved Italian, Spanish and Portuguese tunas – the preferred specie of which is Albacore)

There is, however, a third name that you can call this fish, perhaps the most important of all: “sustainable”. Albacore has become arguably the most fashionable species of tuna in regards to its sustainable status.

As we have often discussed, the term “sustainable seafood” is more abused by restaurants than a restaurant critic and has become an unholy fashion statement, maligned by many and misunderstood by most.

However, the Albacore happens to boast a healthy breeding population, that is commercially harvested in a manner which ensures it is caught in Australia at only a fraction of it’s sustainable bio-mass (available amount of fish)

Tuna, as a global staple, is on the front line of the now high-profile battle between conservationists and the fishing industry.

In its own way, Albacore could become the pin up for Australian tuna fisheries; it could become as commonly cool as the energy-saving light bulb.

Whilst most Australians have unwittingly been eating Albacore for years, as a canned product, it is fast gaining recognition from chefs as a premium table fish.

So what exactly is this remarkably ethical, glamorously endorsed, healthy food product? Where does the Australian albacore come from? How is it caught?

Each summer, vast shoals of albacore swim west, from the waters of South America and the South Pacific, to cooler seas off New Zealand. Each shoal holds tens of thousands of tuna, and measures several kilometers across. They move up the East coast of New Zealand and out into the Western Pacific before heading back towards the deep, cold water trenches of the Coral Sea, off North Eastern Australia.

Discovered early last century in Southern Australia by the cannery fishermen, it was rediscovered by fishermen hunting sashimi grade Yellowfin and Big Eye tuna, working the waters off North Eastern Australia in the late 1990’s. Running their gear deeper than their traditional catch of yellowfin, big eye and swordfish, the fleet quickly gained a reputation with buyers of premium Albacore in Japan, the US and the Albacore capital of the world, Vigo.

This provincial Spanish city on North Western corner of the country is home of the classic Galician pie or Empanada, comprising of Albacore belly in a spicy stew. To me, this is the ultimate comfort food and would be a welcome addition to any footy game or race day.

Australian caught Albacore is of such high quality, in part due to the fact it is harvested by fishermen who know how to handle and respect fish, that it could easily be served raw.

Treated in the same caring way as if it were a high fat Big Eye, or deeply coloured Yellowfin, Albacore which is handled in the now traditional Ike Jime manner, employed by most East Coast Australian tuna fishermen, produces a flesh which is free of blood, clean, translucent and sweet.

This form of catching is a skilful, beguiling and labour-intensive process, a world removed from the means by which the vast majority of the world’s tuna is removed from the ocean. This, of course, is the key to its sustainability.

By contrast, most of the Albacore fisheries around the world have developed more productive, and damaging, techniques. The by-product of which is fish which don’t eat anywhere as well as the Australian caught product.

Western Pacific stocks of albacore are also in robust shape: at present, just seven per cent of the total is caught each year. As a species, it isn’t ‘ as critically endangered as the prize species of bluefin and bigeye; neither is it hammered like the canneries favorite, skipjack.

Eden, in Southern New South Wales was built on albacore. A century ago, when Mediterranean immigrants headed to the Australia, the riches of its ocean amazed them. Fish were caught within a few miles of the coast, in their thousands. By the 1960s, the city was known as the tuna capital of Australia. Its port was home to almost 400 fishing vessels, big and small.

Today, just a dozen tuna boats are left. Dogged by over-regulation, or financially ruined by the volatile price of seafood, most of the commercial fleet disappeared during the 1980s and 1990s. The harbour berths where tuna vessels once sat now play host to a few pleasure craft and the odd trawler.

But some 1700km’s North, the sun tanned and tight tummy town of Mooloolaba is now home to a new generation of Albacore fishermen, who have recognized that this much-maligned fish is a giant in the making.

Tuna trading veteran, Rod Fitzgerald of Mooloolaba based tuna house, Prime Fish, is bullish about the push for Albacore “ originally, it was a fish that the fishermen would reject, taking too much time, energy and space on board the boats to be bothered with” says Rod “ it was a visiting tuna buyer from Spain that first got us convinced that we should pay more attention to the Albacore. Soon after a Japanese customer echoed his thoughts, now we believe there is a truly great opportunity for this fish”

Albacore tuna can be more difficult to handle than other species of tuna, often it doesn’t have the fat content of it’s more fashionable cousins, causing it to dry on the grill or when subject to high heat. Perhaps this is a reason why it is so often found in wet preparations, like my favored empanada or the spicy braised Indonesian seafarers favorite, Ikan Bumbu Rujak.

For sustainable seafood Prince, Tom Kime, of Sydneys’ Fish & Co, albacore can find itself in a number of dishes across the menu “One of our most popular dishes is Carpaccio with toasted fennel seeds, lemon zest and red chilli” says Kime “We also sear Albacore and serve it with a jeweled pomegranate cous cous with roast almonds and cranberries. Albacore meat is deliciously sweet and subtle and works very well with the spicy, salty and sour elements of Asian cooking to create the perfect balance of taste”

With the improved quality of new generation Albacore, it’s delicious sweet flavours and keen price, maybe it won’t just be it’s sustainable credentials that get’s this fish from the can to the plate.

Next time your thinking tuna for a menu, look to the North and give albacore a go, you’ll soon find it makes sense!

The Art of Ike Jime Toothfish